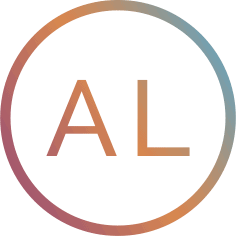 If you ask dj’s about ‚Alexander Lorenz‘, it will ring a bell, he is your expert for weddings, company events and for parties where it matters to bring together different generations. Years of experience resulted in solidified skills that will turn your evening into an unforgettable event.

When I’m on the decks deejaying, I always place my focus on the individuals among the guests. I like to bring pleasure to the individual and see people happy.

He was born in 1979, raised on one hand by the Beatles, Stones and Doors listening father, but also influenced by his mum’s favorite tunes like James Brown, Jimmy Cliff and Rod Stewart. He made his way and became a drummer for both a band playing funk and the Blues Brothers Show. He soaked up the vibes of the 70s disco music, studied Jazz Drums in Würzburg and found his home in Upper Franconia, in a town called Forchheim, the Los Angeles of Bavaria.

"The Expert"
Hubert Barth | Country Managing Partner EY
"Alex turned our exhibition opening into a perfect party. All guests were thrilled. Thank you!"
Janina Hoffmann | Deutsche Bahn
"Since I work with Alexander Lorenz, I know that he is not just a good DJ but the best!"
Frau Herz | Photographer and Infulencer
"Alex ist not only very pleasant, but also a extremely professional and focused event-DJ"
Christopher Horn | PHOCUS BRAND CONTACT
"He not only strikes the right tone at weddings, but also at corporate events. Reliable, sovereign, stylistically confident, unobtrusive and pleasant - I would love to book him again!"
Dr. Kerstin Blum | Dr. Soldan Holding

Finding the right Wedding-DJ is a important part of your planning and should be tackled in a timely manner.

Click here to increase the chance that your corporate event turns into an unforgettable experience.

A party is the expression of the taste and individuality of the host.

Your Guests, Your Music - Your DJ

Over 400 Weddings and again as many corporate celebrations add up to about 30.00 guests, 2500 hours of music and countless individual concepts. Working with wedding planers and event agencys in Germany, Italy, Austria and Switzerland. Musical collaboration with Germanys most famous instrumentalist and singers. Sound and light technology on the highest level as well als photoboxes developed and designed with professional photographers.

Alexander Lorenz is more than the „Wedding DJ Nürnberg“. Please take 45 seconds of your time to watch this short video about this website: